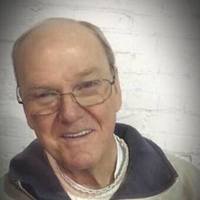 Bob was born on March 22, 1940, in Sault Ste. Marie, Michigan to the late Clayton and Opal (Jollineau) Ellis. Bob graduated from Sault High School with the class of 1958.  He was a member and sat on the board of several organizations including the Sault Ste. Marie Planning Commission and Chippewa County Credit Union.  Bob loved being outdoors.  He enjoyed feeding the birds, working in his flower beds, and snowmobiling in winter. Bob married Jeanne (Plis) Izzard-Ellis on March 14, 1988, in Las Vegas, NV.

Bob was preceded in death by his parents, a son: Gary Izzard; three brothers: Jack Ellis, Gary Ellis, and Richard Ellis; and a sister: Shirley Traylor.

A memorial service will be held at 3:00 PM on Wednesday, January 29, 2020, at C.S. Mulder Funeral Home.  Friends may gather that same day at the funeral home from 1:00 PM until the time of the service.  Burial will be at Donaldson Cemetery in the spring.

In lieu of flowers, memorials may be left to the Chippewa County Animal Shelter.