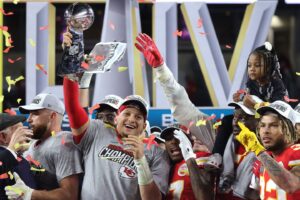 MIAMI — It took the Chiefs five full decades to bring the Lombardi Trophy back to Kansas City. They don’t intend to wait that long again. With confetti still swirling and their thrilling Super Bowl triumph over the San Francisco 49ers mere minutes old, most of the Chiefs were already […]